Everything You Ought to Know About Honours Degree From UK Universities 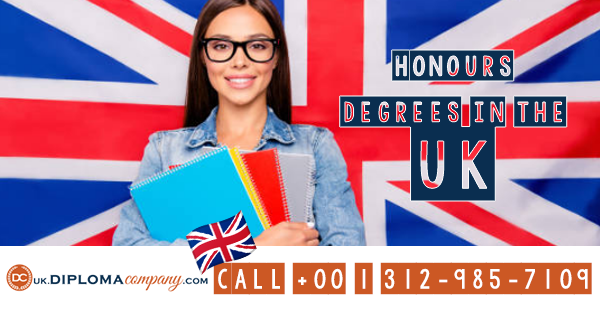 At the time of application in an undergraduate course in the UK, the students have two options. Either they could opt for a regular degree course or a degree course with honours. Even though, many students are not aware of these options. A bachelor’s degree with honours is the most south-after degree courses in the UK. When you apply for a bachelor’s degree in Arts, you will that the qualification you receive will be ‘BA (Hons)’. Here the ‘Hons’ signifies that you will be studying for an honours degree on that course. Whereas, if you apply for an ordinary Arts degree then you will see ‘BA’ only.

Those who apply for an ordinary degree have a solitary aim and that is to obtain that degree. If you fail in the exam you will not get the degree that you were looking for, as simple as that. Here, failing will not give you a failed degree.

When you study an honours degree, your main aim is not just passing in that subject. Honours degree signifies a specialization on a certain subject. This is your stepping stone towards going for the higher studies. This course will mark your efficiency on the studied subject award you by classifying you with that degree. This will really help the employers as they will be able to judge a candidates competency and capability in a far better way.

Grading System of Honours Degree in the UK

Let’s have a look at the different honours degree classifications that a university in the UK follows:

More commonly regarded as ‘first’, this is the highest achievable degree for a student. Though, very few universities in the UK allow you to have a ‘double first’. This is a humongous task for students and rendered impossible by many, a double first is a degree awarded to the students for completing an honours degree in two subjects. Some universities such as the University of Cambridge, Oxford, and Glasgow still award the students with double firsts. The first class is the toughest position to achieve and those who do it get the best chance of getting employed.

The second class of the honours degree is divided into parts. The higher of the two parts is called the upper second class or 2.1. This is the minimum acceptable criteria for many employers. Those who pass with a 2.1 degree have a good chance of getting employed. Just like the honours degree, the number of students passing with a 2.1 degree has also increased over the years.

The second part of the second class degree is also called 2.2 or Desmond. It is also the minimum grade that one has to achieve in order to get employed because, for most companies and organizations, this is the minimum honours grade they allow. Also, the students passing with 2.2 in honours degree course have increased substantially as well.

Third class or the ‘third’ is the lowest achievable degree. Getting employed with this degree could be tough. Very few honours graduate student achieves this degree.

When a student fails to achieve third class by a small margin, some universities award them with an ordinary degree. Those are called a pass. Until the 1970s, Oxford University used to award fourth class as well.

Those achieving top grades in the honours degree courses in the UK have gone up substantially. Achieve one of the highest degrees for a UK University will almost guarantee your employment worldwide.

James Sonny is the content manager and lead blog editor at DiplomaCompany.com for the United Kingdom. He has been with us since 2003 creating posts to social media and overseeing all of our blogs this . As we consider how our ...